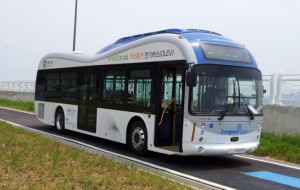 The city of Gumi, South Korea has debuted a wirelessly charged electric bus, becoming yet another municipality to embrace induction charging. Where we’re going, we don’t need cords. The Korea Advanced Institute of Science and Technology (KAIST) developed the Online Electric Vehicle (OLEV) platform, which is already in use on trams at the Seoul Grand …

END_OF_DOCUMENT_TOKEN_TO_BE_REPLACED

Permanent link to this article: http://batteriselskab.dk/nyheder/wireless-charging-powers-electric-buses.htm 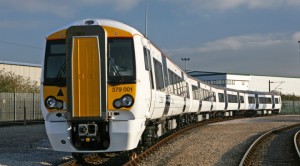 Network Rail has started trials of its first battery-powered train on a test track in Derby, UK, after completing the retrofitting of the unit. The on-track trials will culminate into a series of high-speed tests at the Rail Innovation and Development Centre (RIDC) in Nottinghamshire at the end of the year. The project was co-funded …

END_OF_DOCUMENT_TOKEN_TO_BE_REPLACED

Permanent link to this article: http://batteriselskab.dk/nyheder/network-rail-begins-on-track-trials-of-first-battery-powered-train-in-uk.htm