Network Rail has started trials of its first battery-powered train on a test track in Derby, UK, after completing the retrofitting of the unit. The on-track trials will culminate into a series of high-speed tests at the Rail Innovation and Development Centre (RIDC) in Nottinghamshire at the end of the year. The project was co-funded by Network Rail and its industry partners Bombardier, Abellio Greater Anglia, FutureRailway and the UK Department for Transport.

[pullquote align=”right” textalign=”left” width=”56%”]Although we have retrofitted the Abellio Greater Anglia Class 379 unit with lithium-iron magnesium batteries, we continue to test other possible solutions so we can gather as much information and comparison data as possible for future development.[/pullquote]

Six battery rafts were installed on an Abellio Greater Anglia Class 379 unit at Bombardier’s facility Derby. The battery rafts equipped to the train unit comprise a battery box, an isolation switch, a powerdistribution control panel, a battery charging inverter, batteries and a battery monitoring system, all mounted within a bespoke, purpose-built rig.

“Over the next five years, Network Rail has a target to reduce the cost of running UK’s railway network by a further 20%. At the same time, we are always looking for ways to make the railway greener too. This project has the potential to contribute significantly towards both those goals.”– James Ambrose, project senior engineer, Network Rail

This project is an important part of our strategy of increasing the electrification of the railway, delivering improved sustainability whilst reducing the burden on the taxpayer. If we can create an energy storage capability for trains, electric traction can be introduced to more parts of the railway without the need to necessarily extend the electrification infrastructure.

“As the principle funder and delivery manager, we have done a great deal of feasibility work before reaching this stage, both to define the outputs we seek from the trial and to build confidence in the project across the industry. We are working with our partners to drive this innovation forward.
– Richard Eccles, Network Rail director of network strategy and planning 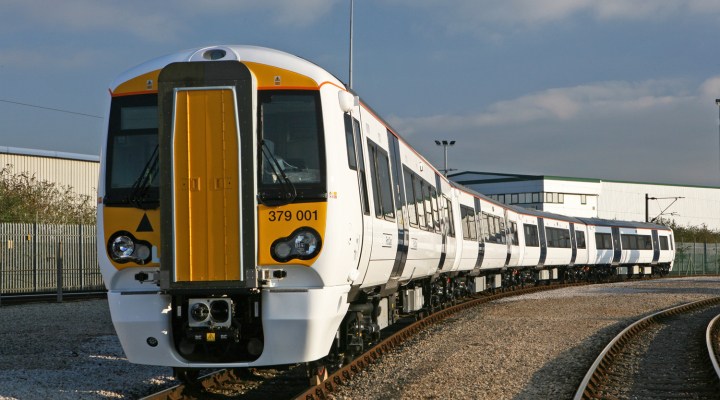 Permanent link to this article: http://batteriselskab.dk/nyheder/network-rail-begins-on-track-trials-of-first-battery-powered-train-in-uk.htm