The cable ferry, the KF Hisarøy, powered by a battery system from Electrovaya has now been sailing between Mjånes and Hisarøy in Norway daily for six months, with “flawless operation” in Norwegain winter conditions. The ferry is built to carry 49 passengers and six cars. Owned by Wergeland AS and operated by Gulen Skyssbåtservice, it makes about ten 1.6 km round-trips per day between the mainland and Hisarøy Island.

Read the article at marinelog.com 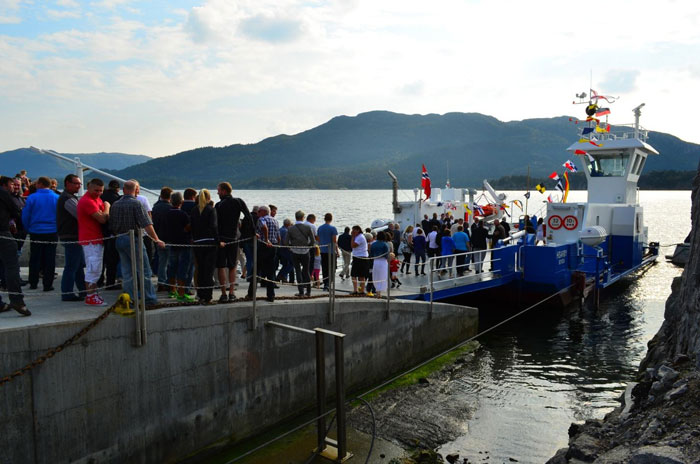 Permanent link to this article: http://batteriselskab.dk/nyheder/battery-powered-ferry-completes-flawless-six-months.htm