WG3: Distributed energy storages and their role in the future energy system

At this year’s annual symposium in DBS, we had the pleasure of inviting Dr. Peter Axmann from ZSW, Germany. Dr. Axmann is an expert on cathode materials in alkaline and lithium-ion batteries and has extensive knowledge of the assembly and characterisation of these battery systems. Daniel started this year’s workgroup session with a short summary of the group’s activities during 2016 which were mainly:

The remainder of the session, Dr. Axmann held a very informative talk on various aspects of battery assembly and the following electrochemical measurements. Each step of the cell fabrication has an influence on the battery performance and thus comparison between research groups, or even within the same research group, can be meaningless if care has not been taken to use similar fabrication parameters such as coating thickness and particle size. Since most members of the workgroup are students or otherwise recently entering battery research, this was a great opportunity to ask questions about the fundamentals of battery research. Finally, it was agreed that the round-robin measurements on LNMO will continue, and a meeting will be planned during the autumn this year to compare the results. 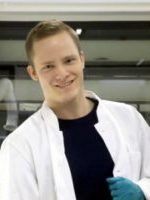 Daniel received his BSc in Inorganic Chemistry and Crystallography from the University of Southern Denmark in 2008, where he worked on crystalline molecular macrocycles for the storage of hydrogen.

His Master’s project in 2010 was a collaboration between SDU, with Eivind Skou as supervisor, and DTU Risø. The subject was the transport properties of lanthanum strontium manganates for use in Solid Oxide Fuel Cells. He received his PhD degree in 2014 on the subject of medium temperature fuel cells and electrolyzers from SDU. This project was part of the larger MEDLYS project, and the work was done in close collaboration with DTU Lyngby. Currently, he holds a postdoctoral position at SDU with Dorthe Ravnsbæk as supervisor, where he works on rechargeable magnesium and lithium batteries.

Permanent link to this article: http://batteriselskab.dk/arrangementer/working-group-2-minutes-from-the-annual-dbs-meeting.htm