WG3: Distributed energy storages and their role in the future energy system

PlanEnergi would like to invite you to an international workshop with the title: What role should energy storage on building and neighborhood level play in the future energy system? 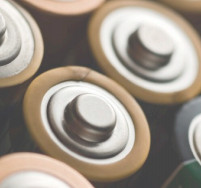 At the workshop, Danish and international experts in the field will present their views on the role of small-scale energy storages in the energy system of the future, followed by a panel discussion. The workshop is held in collaboration with IEA ECES Annex 28, whose subject is the analysis of distributed energy storage solutions for the integration of fluctuating renewable energy. After the workshop there will be a possibility of participating in a technical tour to an aquifer thermal energy storage (ATES). The arrangement is free of charge, but registration is required.

The workshop will take place at Aalborg University’s Copenhagen campus Friday April 28th at 9-13 o’clock. The workshop language will be English. You can read more about the workshop’s contents and registration in the attached invitation. The invitation can also be found on PlanEnergi’s website. Please share this invitation with your colleagues and others who may be interested.

Prior to joining Lithium Balance in 2007 he was the VP of Technology and Marketing in Brüel & Kjær. He has also previously served as Marketing Director in Radiometer Medical.

Permanent link to this article: http://batteriselskab.dk/arrangementer/wg3-distributed-energy-storages-and-their-role-in-the-future-energy-system.htm