Electrical Power-Take Off on garbage truck and other vehicles

The electric vehicle appears to be the new frontiers in lithium batteries. Distinctly different from mass produced microelectronics, it requires higher energy density as well as improved power performance requirements. Especially, charge/discharge rates during startup from standstill, deceleration, emergency charging, etc. provide unique challenges. To this end, new chemistries and new material with morphologies like nanowires, shape controlled nanoparticle and agglomerates are being developed at an impressive rate.

The standard methodology to characterize the rate performance is to fabricate composite electrodes that combine the electroactive materials with carbon and binder. This brings about an important question: Is the electrochemical response defined by the active material or by the charge transport (electrons/ions) in the electrolyte filled electrode structure?

We have in responds to this type of question developed a series of techniques that does not rely on composite electrodes. Importantly, uniformity throughout the sample of the reaction provides better kinetic resolution, useful for distinguishing between possible reaction mechanisms. As such we hope to improve the understanding of the limiting factors in both new and excising lithium insertion/extraction redox chemistries. 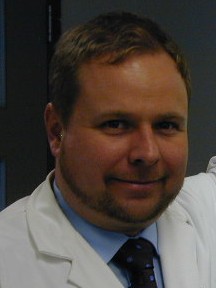 A native of Denmark, Prof. Schougaard received his Masters degree (Cand. Scient) from the University of Copenhagen under the supervision of Prof Bjørnholm in 1998. He subsequently moved to the University of Texas at Austin, where he received his Ph.D. in 2002. Remaining in Austin, he completed a post doctoral fellowship with Prof. Goodenough, in 2004. Shortly hereafter he returned to Denmark to work at RISØ, Danish national laboratories. It was from here that he was recruited to the Université de Québec à Montréal (UQAM), Canada.

At UQAM he has developed in collaboration with General Motors Canada and Clarian Canada inc. a research program that focuses on the development and characterization of advanced batteries.

Permanent link to this article: http://batteriselskab.dk/arrangementer/praesentationer/lithium-insertionextraction-kinetics-in-lifepo4.htm