The International Exhibition of Electric and Hybrid Marine Propulsion Systems, Technologies, and Components

The exhibition, to be held in Amsterdam, the Netherlands, from 27-29 June 2018, is dedicated solely to showcasing the very latest and next-generation electric and hybrid marine propulsion technologies, components and solutions.

Nothing but pure electric propulsion systems, hybrid systems, and of course the components within them will be on display 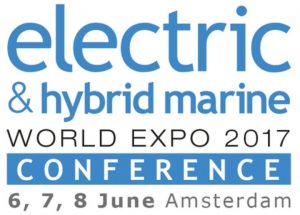 Permanent link to this article: http://batteriselskab.dk/artikel/electric-and-hybrid-marine-propulsion-systems.htm