This game changing chemistry has a theoretical energy density five times that of Li-Ion technologies and commercial-size pouch cells with a gravimetric density of 300 Wh/kg have already been made. The nature of OXIS Li-S cells makes them inherently safer than Li-Ion and a range of abuse tests have been carried out, including bullet penetration, without rupture or fire. The chemistry is also tolerant of high temperatures and cells have been cycled successfully at 100°C. Historically, cycle life has been considered as the limiting factor of the Li-S chemistry, but OXIS have demonstrated in excess of 1000 cycles with cells made two years ago and, following further development, today’s cells are expected to exceed 2000 cycles.
OXIS Li-S cells have been shown working in a number of applications from small, high energy density military batteries to large 7.5 kWh packs for light electric vehicles and energy storage. OXIS produces a range of cells optimized for different applications and these are now being manufactured in Asia by GP Batteries.

The presentation is part of the Public talk-event Emerging battery technologies – commercialization of the next generation with presentations on lithium-sulfur and sodium-ion batteries. 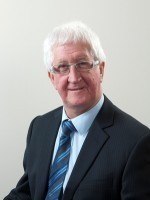 Bob graduated from Leicester Polytechnic in the UK with a degree in Electronics Engineering in 1975 and began his career working on advanced radar equipment for GEC-Marconi. Since then he has gained extensive experience in electronics design and real-time software across a range of applications, from office machines to telecommunications equipment.
In 2011 Bob brought his product design skills to OXIS Energy to take Lithium-Sulfur batteries out of the lab and into real applications. He now manages the team responsible for creating practical Li-S batteries, both in-house and through battery integration partners. Bob was responsible for the development of the first electric bicycle battery to use Lithium-Sulfur cells and went on to manage the construction of a 7.5kWh battery system for a light electric vehicle – the world’s largest Lithium-Sulfur battery. He has detailed understanding of the behaviour of Li-S cells when incorporated into systems and is an expert in the integration of Li-S cells and battery management systems.

Permanent link to this article: http://batteriselskab.dk/arrangementer/praesentationer/lithium-sulfur-next-generation-battery-technology.htm